Is It Bad Faith For An Insurer Not To Settle A Claim Against Its Insured, Because Its Policy Required The Insured To Consent To Settlement And He Would Not? 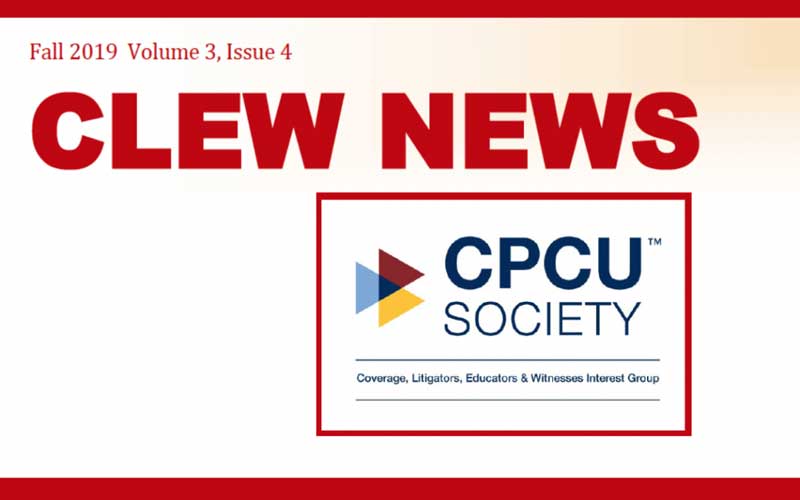 Massachusetts’ Highest Court will decide whether an insurer violated statutory requirements that an insurer settle claims in which liability has become reasonably clear, when the policy contains a provision requiring the insured’s consent and the insured will not consent and whether insurance policy provisions requiring the insured’s consent in order to settle are against public policy in Douglas Rawan, et al. v. Continental Casualty Company, Docket No.: SJC-12691.  Specifically, the Court will determine whether an insurer’s failure to settle a claim due to the insured’s refusal to consent violated the statute requiring an insurer to “to effectuate prompt, fair and equitable settlements of claims in which liability has become reasonably clear” and whether consent to settle provisions are against public policy.

This case arose out of the insured’s structural engineering work for the plaintiffs, which underestimated building loads and stresses, violating building code requirements and resulting in damage to the plaintiffs’ home. After settlement offers were rejected and efforts to go to mediation failed, the insured engineer refused to settle, instead seeking to go to trial. The jury awarded $400,000 to the plaintiffs and the court added $40,000 for unfair business practices. The judgment was paid in full, with the insurer paying its policy limits (reduced by defense costs) and the insured paying the remainder.

Following the judgment, the plaintiffs alleged bad faith by the insurer, alleging violation of the Massachusetts’ Unfair Claims Settlement Practices Act by “Failing to effectuate prompt, fair and equitable settlements of claims in which liability has become reasonably clear”. Mass. G.L.c. 176D, §3(9)(f).

This case appears to be the first case to address whether an insurer’s compliance with the provision in its insurance contract requiring the insured’s consent to settle a claim violates public policy or is an unfair claims practice. Such consent to settle provisions are common in professional liability, employment practices liability, and directors’ and officers’ policies. And, like Massachusetts, the majority of states have enacted some form of the model Unfair Claims Settlement Practices Act promulgated by the National Association of Insurance Commissioners. See model Unfair Claims Settlement Practices Act, https://www.naic.org/store/free/MDL-900.pdf, (“Not attempting in good faith to effectuate prompt, fair and equitable settlement of claims submitted in which liability has become reasonably clear” it is an unfair claim practice).  Thus, this issue is one likely to come up in other states in the future.

The ability of an insured to obtain a policy that allows them to control settlement can be determinative of whether they obtain insurance, if they are not obligated to purchase insurance, and certainly will impact on future insurance rates, available public information, and may impact on their professional reputation. For example, provisions allowing the insured to control settlement were not allowed in Florida medical malpractice policies until the law was changed in 2011. Fla. Stat. 627.4147.  Prior to that time many doctors chose not to obtain malpractice coverage, with one of the reasons cited being insurers settling cases that the doctor believed were frivolous. LaMendola, “Uninsured doctors on rise in S. Florida”, South Florida Sun Sentinel (July 27, 2008) https://www.sun-sentinel.com/news/fl-xpm-2008-07-27-0807260139-story.html. Further, the Florida Bar Journal, prior to the revision of the law, outlined the following potential impacts of the “settlement of a medical malpractice case on a physician’s livelihood and reputation, including 1) future insurance rates, 2) insurability, 3) the possibility of a “strike,” 4) the potential for excess exposure, 5) reports to the administrative agencies, and 6) the potential for adverse publicity.” Rubin, Robert L., Legal, Practical, and Ethical Considerations of Medical Malpractice Settlements, Florida Bar Journal (Vol. 83, No. 1, January 2009) https://www.floridabar.org/the-florida-bar-journal/legal-practical-and-ethical-considerations-of-medical-malpractice-settlements/.

Policies requiring the insured’s consent to settle often include a “hammer clause”, which typically provide that if the insured refuses to consent to a settlement, then the insurer’s exposure is capped at the amount that the case could have been settled for and may also include defense costs.  The Court in Sec. Ins. Co. of Hartford v. Schipporeit, Inc., 69 F.3d 1377, 1383 (7th Cir. 1995), discussed the application of a hammer clause stating:

If an insured is presented with an opportunity to dispose of a claim and the insurer recommends that the claim be resolved, the insured may refuse to accept the insurer’s recommendation only at his peril. The risk of loss over and above the proposed settlement passes to the insured. But the term “settlement” in this provision makes sense only if it means a full and final disposition of a claim, and that assumes that a release of liability will be issued.

The Massachusetts case does not include a hammer clause, which was raised at oral argument. It is unclear what, if any, impact the existence of a hammer clause will have on the application of the unfair claims practices act or the public policy implications of consent to settle clauses.

The application of bad faith law in the context of consent to settle clauses will be significantly impacted by whether a plaintiff/claimant can bring a claim directly against the insurer for bad faith on the third party claim.  Massachusetts law provides for a direct cause of action by a claimant/plaintiff against an insurer for failing to settle a claim, but other states do not.  Further, some jurisdictions and courts emphasize protecting insureds, while others emphasize protecting innocent third parties.  It will be interesting to see how the Massachusetts Supreme Judicial Court decides and whether other states follow.