The Broad Evidence Rule: A Trend in Loss Valuation 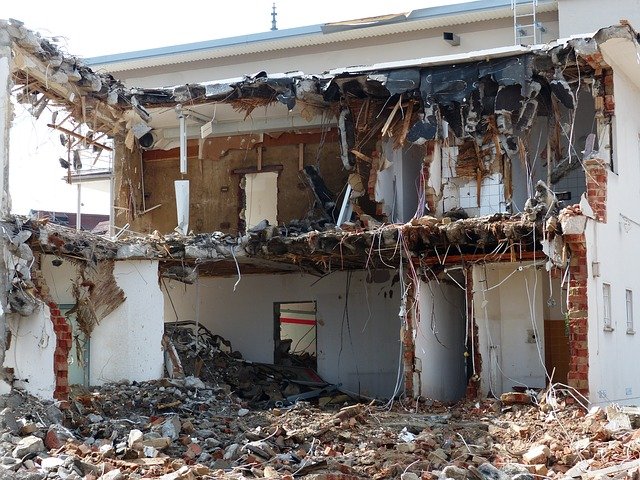 Introduction: What is the Broad Evidence Rule?

A large number of courts have determined that no single test is proper for valuating all property losses, and therefore have chosen to implement the less rigid broad evidence test because it allows several factors to be analyzed.  See Pinet, 100 N.H. at 349.  Jurisdictions that have adopted the broad evidence rule “stress the fact that variations in the types of property and the conditions under which they are destroyed prevent the adoption of any single test for all cases.”  Id.  Proponents argue that the strength of the broad evidence rule is its inclusiveness.  However, opponents argue that the problem with the rule is that it does not provide a specific method of calculation.

The ultimate goal, regardless of which test is used, is to indemnify the insured, thereby placing them in as good of a position, as practicable, as they would have been had the loss occurred, pursuant to the precise terms and conditions of the applicable policy.  When determining actual cash value under the broad evidence rule, all relevant factors should be considered, including but not limited to, circumstances existing at the time of loss, purchase price, replacement cost, appreciation or depreciation, the age of the building, the condition in which it has been maintained, and market value. See Branch v. Farmers Ins. Co., Inc., 55 P.3d 1023, 1026 (Okla. 2002); Redcorn v. State Farm Fire & Cas. Co., 55 P.3d 1017, 1020 (Okla. 2002).  Additional factors considered by the factfinder are:

Under the broad evidence rule parties are entitled to introduce evidence of every fact and circumstance which would logically tend establish a correct estimate of the loss.  See Travelers v. Armstrong, 422 N.E. 2d 349 (1982).  Notably, under the broad evidence test, depreciation is not determinative; rather it is merely one of many factors which should be considered in determining actual cash value.  See Mamou Farm Services, Inc. v. Hudson Ins. Co., 488 So.2d 259, 262 (La. Ct. App. 3d 1986).   Due to the consideration of a wide array of factors, courts have stated that when an appraiser gives reasonable consideration to all relevant evidence, the appraisers determination of an award should ordinarily stand.  Elberon Bathing Co. Inc. v. Ambassador Ins. Co., 389 A2d 434, 445 (N.J. 1978).  The rationale behind this claim is that “[t]he wider the range of evidence considered by the factfinder, the more reasonable it is for a court to accept his conclusions.”  Id.  It is an analysis of factors, such as those listed above, that make reliance on the broad evidence rule reasonable.

Criticism of the Broad Evidence Rule

While the broad evidence rule has been adopted by many jurisdictions, application of the test continues to face resistance by some.  One of the most common critiques is that the broad evidence rule can purport a lack of certainty and predictability. See Ohio Cas. Ins. Co. v. Ramsey, 439 N.E. 2d 1162, 1169 (1982). Additionally, heightened criticism has surrounded the broad evidence rule with respect to the issue of whether an insured’s plans to dispose of the property at the time of loss should be considered in making a determination of actual cash value.  However, courts have asserted that allowing the factfinder to consider such speculative, collateral considerations, such as the fact that a building was scheduled for demolition or the insured had no plan to rebuild, will “multiply litigation and unnecessarily complicate insurance adjustments.”  See Board of Educ. of Hancock County v. Hartford Fire Ins. Co., 19 S.E.2d 448, 450 (1942).

Such criticisms were highlighted in Eagle Square Manufacturing Co. v. Vermont Actual Fire Insurance Co., 125 Vt. 221, 212 (1965).  In Eagle Square Manufacturing Co., a building was completely destroyed by a fire loss.  Prior to the loss, the insured had agreed to allow a third party to dismantle the structure.  Nevertheless, the Supreme Court of Vermont rejected the insurer’s argument that the insured was only entitled to receive the expense incurred in removing the debris after the fire.  The Court reasoned that there are many circumstances in which an owner of property may be willing to settle for less than the actual cash value, noting that the insurer would receive a “windfall” if it were to permit the insured to only pay the expense of debris removal based on the insured’s plans to sell the building for materials prior to the loss. See id. at 636-39.

Such an argument suggests that property insurance ought to compensate for the intrinsic value of a building.  This argument has faced backlash because the rationale behind property insurance is to compensate the insured for loss suffered with respect to the monetary value.  By not permitting insurers to consider an insured’s future plans for a building to impact the valuation of the property, critics argue that such a valuation would encourage insureds to promote destruction of their own property, in order to receive the objective value of the building.  However, conversely, such criticism presents a risk that insureds receive grossly inadequate compensation for a loss based on future happenings which may have never occurred.

Massachusetts is one of the many states which have expressly addressed the issue of finding an adequate method of loss valuation, thereby adopting the broad evidence rule.  It is well settled in the Commonwealth that “that the principle on which damages are assessed in insurance cases is that of indemnity for the loss actually sustained.”  Interstate Gourmet Coffee Roasters, Inc. v. Seaco Ins. Co., 59 Mass.App.Ct 78, 83 (2003); Kingsley v. Spofford, 298 Mass. 469, 474-475, 11 N.E.2d 487 (1937); Wall v. Platt, 169 Mass. 398, 405, 48 N.E. 270 (1897).  While Massachusetts allows insurers to apply the broad evidence rule, law holds that in doing so, the term “actual cash value” must still be “strictly constru[ed] again . . . against the insurer.”  Interstate Gourmet Coffee Roasters, Inc., 59 Mass.App.Ct at 83.  In employing the broad evidence rule, “the trier of facts may consider any evidence logically tending to the formation of a correct estimate of the value of the insured property at the time of loss.”  Id.; 12 Couch on Ins. § 175:33 (3d ed.1998).

The Massachusetts Supreme Judicial Court has addressed the implementation of the broad evidence rule in the Commonwealth, stating:

The words “actual value” in [insurance policies] are to be interpreted in the light of the nature of the insurance contract as a contract of indemnity. They import that recovery for loss cannot be based upon a value dependent upon fanciful considerations …. But the words “actual value” do not import that recovery is limited to market value …. “[M]arket value does not in all cases afford a correct measure of indemnity …. In some cases there is no market value, properly speaking, and in others, if there is, it plainly would not of itself afford full indemnity.” … [E]ven where market value will not afford the indemnity for which the … insurance provides, the cost of replacement, less depreciation, is not conclusive as to the actual value ….  But it is important evidence of such value to be considered with other evidence.’ … ‘Both fair market value and replacement cost are permissible standards for determining … losses but they are standards and not shackles.

Most recently, the Massachusetts Appeals Court addressed the broad evidence rule in O’Connor v. Merrimack Mutual Fire Ins. Co., 73 Mass.App.Ct. 205 (2008).  In O’Connor, a fire razed the insured’s commercial building, resulting in a total loss.  The insurer calculated the loss at an amount less than the policy limit.  In response, the insured made a demand for appraisal, known as “reference” under Massachusetts law.  Upon dispute over the valuation of the loss, the court noted that, as used in standard fire insurance policies and in a statute governing the standard form for fire insurance policies, the term “actual cash value” does not import a single standard for determining the value of insured property, but rather, the broad-evidence rule is employed. Id. at 210; M.G.L.A. c. 175, § 99.  Rather, the court employed the broad evidence rule and determined a valuation by averaging the costs of one estimate of the replacement cost less depreciation and deductible, one estimate based on the sales approach, one estimate based on the sales comparison approach, and demolition costs.  The factors considered in calculation of the estimate were those which would logically tend to the formation of a correct estimate of the value of the insureds property at the time of the loss.

Under the broad evidence rule courts have not abandoned consideration of either fair market value or replacement cost less depreciation in arriving at actual cash value, but view them “merely as guides in making such a determination, rather than shackles compelling strict adherence thereto.”  Davis v. National American  Ins. Co., 78 Mich.App 225, 233-34 (1977).  As stated, this trend in is a move towards what some argue is a more inclusive, accurate, and holistic loss valuation.  Although the broad evidence rule has yet to be adopted in a majority of states, application of the test is gaining popularity in calculating actual cash value with respect to a policy that has no prescribed formula for loss valuation.