News and Notes from Sloane and Walsh 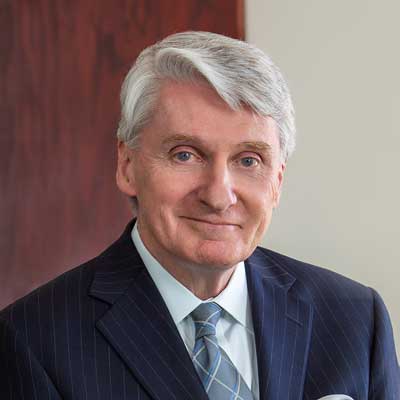 October 2021—John Ryan was recently invited to participate in a panel presentation on the law of Chapters 93A and 176D as they relate to unfair claims settlement practices. The webinar presentation, sponsored by the Social Law Library, also included Superior Court Associate Justices Brian Davis and Paul Wilson, along with Attorney Michael Gilleran, author of the Massachusetts Practice Series volume on the Law of Chapter 93A. John’s remarks included comments on the distinct nature of Chapter 176D, which regulates insurance practices, and its interrelationship with Chapter 93A, as well as comments on the roles of comparative negligence and prospective third party tortfeasors in evaluating fair and reasonable settlement offers under section 3(9)(f) of Chapter 176D, and the SJC’s recent decision in Rawan v. Continental Casualty Co., 483 Mass. 654 (2019), holding that policy provisions granting insureds veto power over settlements do not violate the mandates of Chapter 176D. John also discussed the range of damages available under Chapter 93A in the setting of adjudicated violations of Chapter 176D. John was privileged to participate with Associate Justices Davis and Wilson, who offered insightful, judicial commentary on a wide range of issues under Chapters 93A and 176D, as well as Attorney Gilleran who provided expert commentary from his broad experience and scholarship in the realm of Chapter 93A. A number of questions were fielded through the chat function of the webinar, indicating a lively engagement by the audience. John also expressed his appreciation for the expert support received from Mike Saporito, CLE Coordinator/Outreach Librarian at the Social Law Library, who seamlessly organized and orchestrated the webinar.